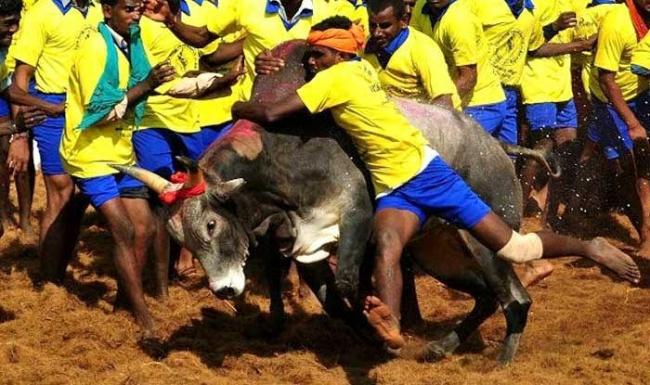 "Law and order situation is the primacy in a civilised society. Convey this to your executive to maintain law and order. We passed a stay order one year ago. Why these protests now?" the court questioned the Tamil Nadu government as quoted by the NDTV.

Jallikattu, Tamil Nadu's version of a bull-taming sport, which was banned by the Supreme Court, was held in the state after an ordinance was issued following protesters and intervention of the state's chief minister earlier in the week.

The police and pro-Jallikattu protesters clashed in Chennai and other places in Tamil Nadu even after the state government passes an ordinance.

The protests were against a Supreme Court ban on the sport in 2014.

However, the apex court did not put any stay on the new law.