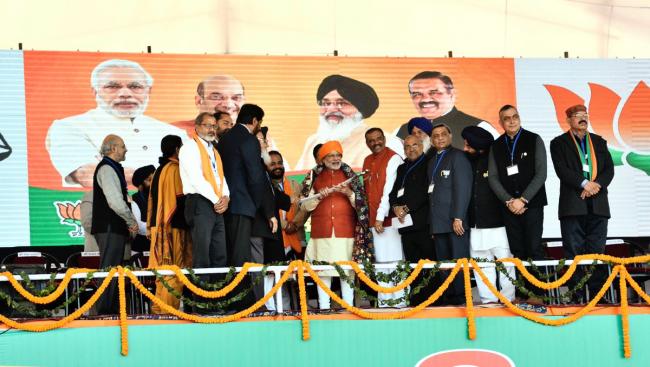 "Our government is fighting against corruption and have taken strong measures to tackle it. Few are feeling it's heat," Modi said while addressing a rally here.

"Our fight against corruption would not stop. I want the entire Nation's support in fighting corruption," he said.

Highlighting his government's activities, Modi said his government has implemented the One Rank, One Pension scheme fior the soldiers.

He said Chief Minister Parkash Singh Badal has worked for the people of Punjab.

"Badal Sahab spent years in public life but never changed parties or compromised on ideals. The only thing that matters for him is Punjab," Modi said.

He said: "For Badal Sahab, what matters is the poor, the farmers, the villages."

Modi attacked the Congress and highlighted its move of building an allaince with the Left in 2016 to contest the West Bengal Assembly polls.

"For survival Congress does anything. They allied with Left in WB & in UP after months of attacking SP they are now allying with them," he said.