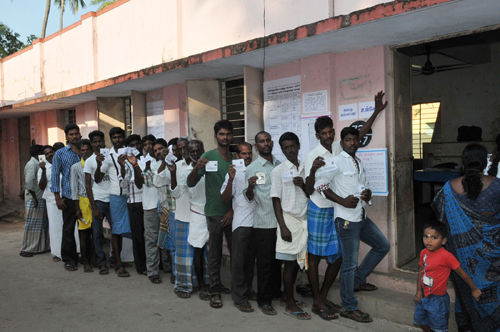 In a letter to the government, the  Commission said: "The Commission hereby directs that in the interest of free and fair elections and in order to maintain level playing field during election, no State specific  schemes shall be announced in the National Budget which may have the effect of influencing the electors of the five poll going States in favour of the ruling party (ies)."

Polling will be held  Uttar Pradesh, Punjab, Goa, Uttarakhand and Manipur from Feb 4 to Mar 8 to elect a new Assemblies.

The verdict of the polls will be announced on Mar 11.

The Supreme Court on Monday ruled that the Centre could present the budget on Feb 1.