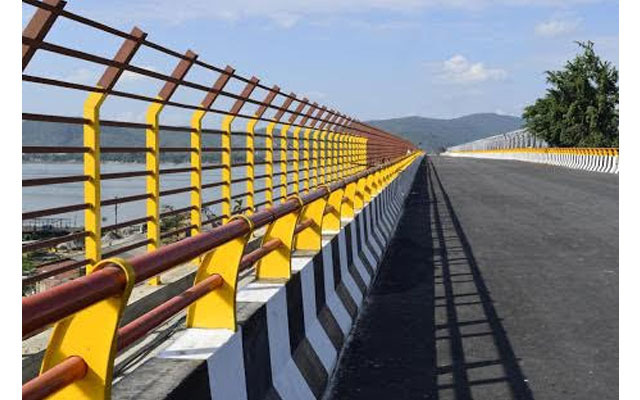 The decision was taken by the Sonowal cabinet on Wednesday held in Guwahati.

The spokesperson of the Assam government said that, the second Saraighat bridge connecting Guwahati with lower Assam will officially be opened on Jan 28 and it will be ianugurated by Union Road Transport minister Nitin Gadkari.

Initially the inaugural scheduled was Jan 1 last, but it was postponed since ancient beliefs.

The Assam Public Works Department minister Parimal Suklabaidya said for postponing the previous schedule that, it is inauspicious to carry out any important project and religious works in the Assamese calendar month PUH.

The 1493-metre long bridge, is part of East West Corridor constructed by the Gamon India limited.

The foundation stone of the bridge was laid by former Prime Minister Manmohan Singh in 2007.

On the other hand, the state cabinet also decided to fast-track work of the proposed Guwahati Metro Rail project in four phases.

"The Detail Project Report (DPR) already being ready and total cost of the project is estimated Rs 18,000 crore," the minister said.

On the other hand, the capital city of Assam will host another sports meet in April next.

Guwahati will host the Himalayan Games on Apr 5-13 and Bhutan, Nepal, Myanmar, Afghanistan, Thailand likely to be participated in the meet.