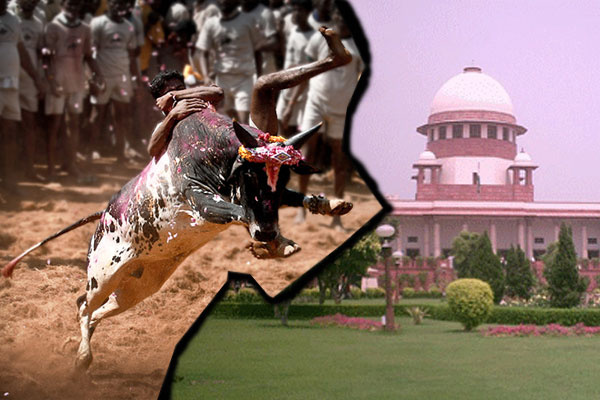 Jallikattu, or taming the bull, is a traditional sport of Tamil Nadu, held during the Pongal celebration or the harvest festival.

The sport has not been held over the past two years after the SC banned it in May 2014 citing cruelty to animals as flagged by many animal activist groups.

On Thursday, the  Supreme Court said it was not possible to deliver the verdict on jallikattu before Saturday, the beginning of the Pongal festival.

A day after the Supreme Court refused to pass a judgment on Jallikattu before Pongal,  Dravida Munetra Kazhagam (DMK), the main opposition in Tamil Nadu, had called for a state-wide protest on Friday.

Criticising both the Centre and the AIADMK-led Tamil Nadu Government, the DMK appropriate steps were not taken to ensure that the traditional sport, banned last year, can be held during Pongal.