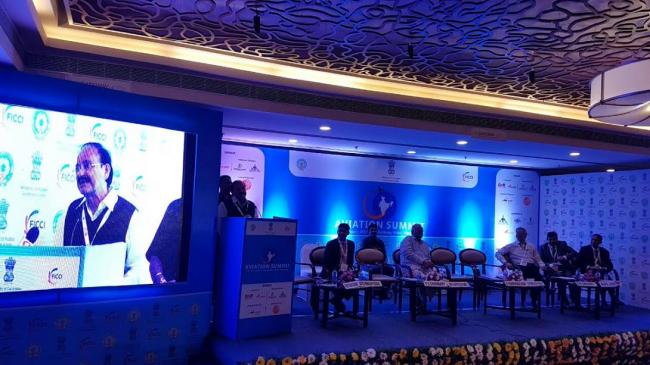 An infrastructure revolution is on the anvil. With New Civil Aviation Policy, aviation sector set to play a key role in this transformation, said Naidu..

Andhra Pradesh Chief Minister N. Chandrababu Naidu, Minister for Civil Aviation Ashok Gajapati Raju along with other Union Minister Y.S. Chowdary were present at the inauguration of the Summit.

Nearly 200 companies from four nations, including India, are participating in the Summit, which has been organised by FICCI, with support from Ministry of Civil Aviation, Govt. of India and Energy, Infrastructure and Investment & CRDA Department, and Government of Andhra Pradesh.

There will be an airshow and flying display too.