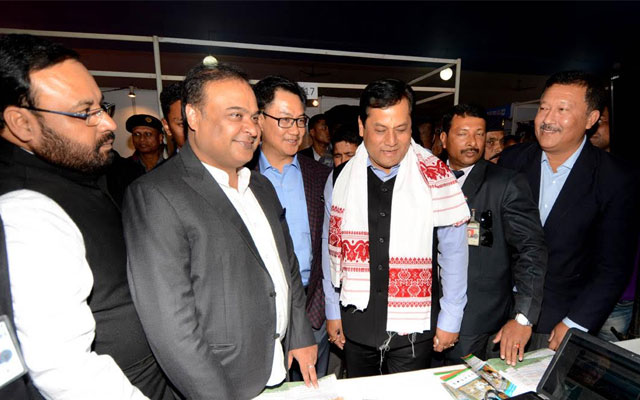 Inaugurating the two-day Digidhan Mela at Srimanta Sankardeva Kalakshetra in Guwahati, Assam Chief Minister Sarbananda Sonowal had unveiled the e-wallet ‘Tokapoisa.in’ and an e-payment portal which were developed by the state government.

Speaking on the occasion, Sonowal hailing Prime Minister Narendra Modi’s decision on demonetisation said that the move was necessitated to put a spanner on black money, corruption and terror funding. 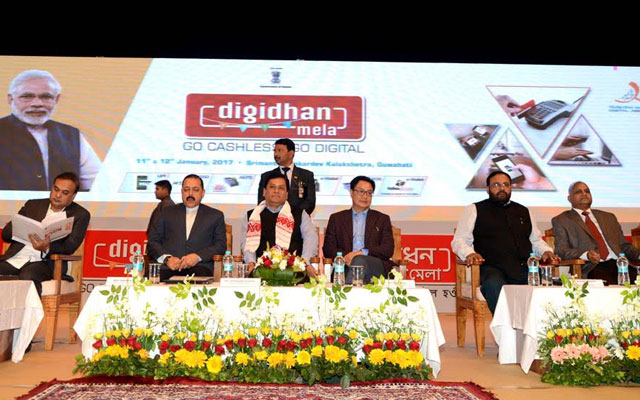 Terming the move as a surgical strike against corruption, Sonowal said that demonetisation would manifest into a clean economy.

The Assam CM also expressed his gratitude to the people of Assam for whole heartedly supporting demonetisation and endorse State Government’s move of cashless economy.

Sonowal also said that Guwahati is amongst the 100 cities that the Centre has shortlisted for organising digidhan mela as Dibrugarh is becoming the second city to organise such mela from February 3.

Sonowal asked the Deputy Commissioners present on the occasion to replicate the same and organise awareness campaign for cashless transactions in their respective districts.

The Assam CM informed that on Jan 22, such awareness campaign will be organised in all gaon panchayats in the State to give cashless transaction a fillip.

Mentioning that cashless payment has the potential to wipe out the menace of ‘middleman’ he called upon the citizens to adopt cashless transactions as a way of life. 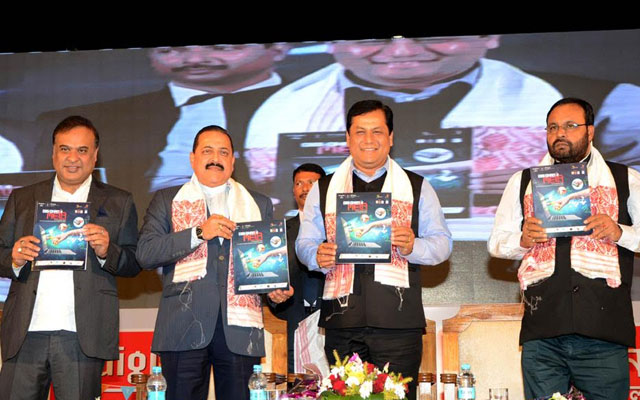 Sonowal also asked the DCs to take steps to connect ‘technology with psychology’ to popularise digital mode of payments among the rural populace.

The Assam CM maintained that the system of cashless economy cannot be made successful unless all citizens are taken on board as he urged upon all sections of the people to endorse digital mode of payments for an inclusive and cleaner economy.

The two-day Digidhan Mela is being organised with an aim to enable citizens and merchants to familiarize and adopt real time digital transactions.

The Mela is being organized by the Government of Assam in collaboration with IT Department and NITI Aayog.

“The demonetisation decision has been taken in the interest of the poorest of the poor in the country. The North East Region has taken steps in the direction of cashless transactions after the demonetisation decision. The tea garden labourers are very happy to get exact wages without any cut in their earnings and they are happy to adopt cashless economy.  The cashless economy will also help to improve social behaviour as well as the economic management in the country,” Dr Singh said.

The DoNER minister also mentioned that the after PM’s call on demonetisation the country has witnessed a sixty percent reduction of terror related crimes.

Union Minister of State for Home Affairs Kiren Rijiju said that India is transforming and converting to digital transactions.

Earlier the Assam CM visited stalls put up on the occasion of digidhan mela by different financial institutions. It may be noted that around 150 stalls have been put up which include Public and Private sector banks, PSUs and other companies.

Assam Finance Minister Dr. Himanta Biswa Sarma while speaking on the occasion termed digidhan mela an impetus to cashless economy and said that such an awareness campaign has been necessitated aftermath demonetisation which is a boost to an inclusive growth.

Sarma also informed that post demonetisation a record number of 6,42,559 bank accounts have been created in tea garden areas which is an indicative to people’s acceptance to cashless economy.

The Assam Finance Minister said that demonetisation has delved an impetus to the State’s economy and said that the State registered a growth of 21 per cent tax collection in the month of December.

Minister of Information and Technology Keshab Mahanta said that demonetisation has given an opportunity of cashless transaction and inclusive growth as his Ministry would take it as a mission mode to conduct such awareness campaign for cashless economy in every nook and corner of the State.

The digidhan mela has also been offering platform for the participants to explain various options for digital payments by downloading and installing various mobile apps.

The fair true to its mandate is also encouraging cashless transactions against all purchases.

The State government has organized an online contest to encourage the local community participation in the overall initiative on digital payment in the following categories: