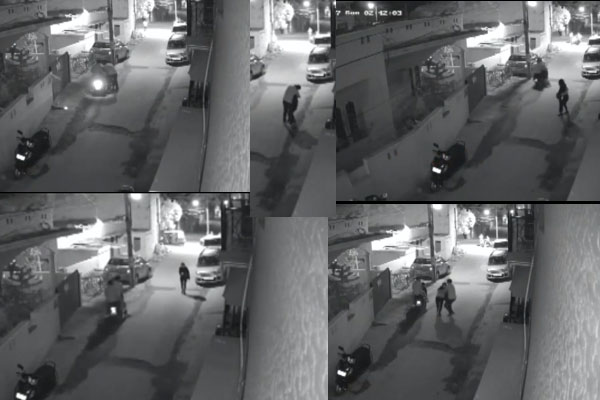 An NDTV report quoted the police as saying that the woman was likely staled for more than a week by the attackers.

Those arrested have been charged with sexual harassment, assaulting a woman to disrobe her and wrongfully restraining her.

The incident took place the same night a mass molestation was reported from the IT hub  as a group of women were groped in a melee of a huge crowd at a time when many people took to the street to celebrate the last day of the year.

A single incident caught by CCTV camera showed  a young woman walking home was approached by two men on a scooter. One of the men disembarked and attacked her and pushed her to the waiting vehicle with the woman struggling to free herself.

For minutes, the attacker molested the woman  and then threw her hard to the ground.

The police said on Wednesday that they had filed a case suo moto and launched an investigation to identify the criminals.