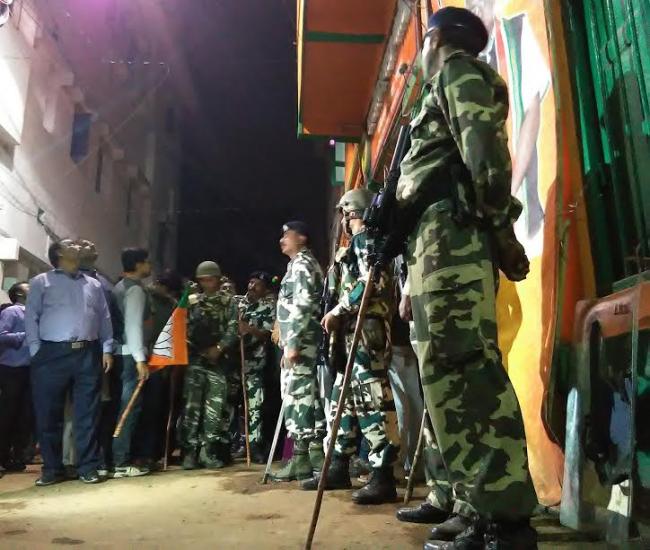 According to reports, the FIR has been lodged at Jorasanko Police Station under IPC sections 147 (Rioting), 148 (Rioting, armed with deadly weapon) and 149 (Every member of unlawful assembly guilty of offence commit­ted in prosecution of common object).

At least 17 BJP protesters were injured and several cars, parked there, were vandalized due to the sudden attack.

BJP leaders claimed that Kolkata Police did not take any step to control the attacking mob, who were pelting stones desperately aiming at the party office here.

Later, an unit of CRPF was deployed to the scene to save the party office from TMC attackers.

Till the last update came in, police have arrested none, involved in the Tuesday's BJP headquarter attack.