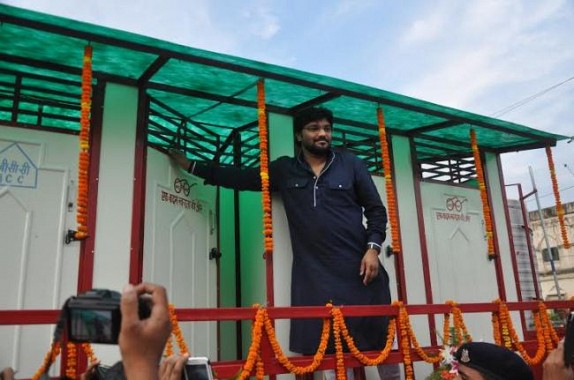 He said his parents stay in the house.

"TMC Goons trying 2 break into my Apartment in Kailash Bose Street where my MumDad are staying• How shameful is this ," the Union Minister tweeted.


The TMC workers have been demonstrating across West Bengal over the arrest of senior party leader and MP Sudip Bandopadhyay by the CBI on Tuesday over his alleged link in the Rose Valley scam.

Last week, the Central Bureau of Investigation arrested TMC MP  Tapas Pal, an actor-turned-politician, for his alleged involvement in a ponzi scheme of the now defunct Saradha company in which lakhs of small investors were allegedly cheated.

In another case of similar nature, Bandopadhyay, a very senior TMC leader and a long time close aide of Mamata Banerjee, was arrested by CBI following hours of grilling.

Banerjee alleged that the arrests are being made as part of Narendra Modi's "politics of vendetta" against her anti-notes ban movement.

The BJP headquarter in Kolkata was on Tuesday attacked by the angry Trinamool Congress supporters over the CBI arrest of Sudip Bandopadhyay. At least 20 Central Reserve Police Force (CRPF) personnel, who are generally used for VVIP's security, have been deployed in and around the BJP headquarters in Kolkata.