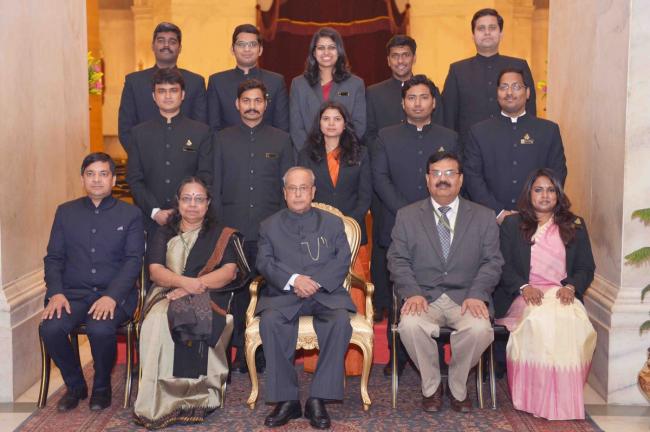 Speaking on the occasion, the President congratulated the Indian Defence Accounts Service Officers for having succeeded in the civil services exam, one of the toughest examinations in the country.

He said that established 267 years ago, the Defence Account department back then, was known as the military accounts department.

The President said that the Indian armed forces have a huge responsibility to defend the nation. To achieve this objective, our armed forces should modernize.

He said that the responsibility of the Defence Account cadre has always been onerous. In the scenario of ever increasing defence outlay, their responsibilities are only bound to increase.

Their focus should not be only on the financial aspects but also on the overall defence scenario.

Their role while rendering financial advice should be to facilitate the process. As watch dogs they need to be careful in discharging their duty of scrutinizing financial expenditure.