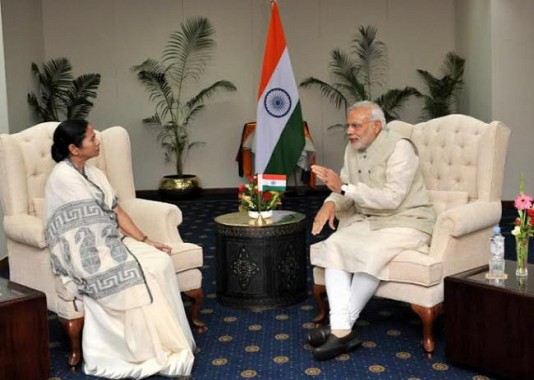 2017 will mark the year of Demoditization: Mamata

In a series of tweets, Banerjee said: "End of Demonetization & Start of DeModitization. The year 2017 will mark the year of Demoditization 1/5."

"This will be the New Year Resolution of all 125 crore people of this great country 2/5," she said.

The Chief Minister said: "Where are the figures of #DeMonetisation? How much of black money recovered? What did the nation gain after 50days of excruciating pain? 3/5."

Modi gave his first televised address to the nation on Saturday, 50 days after he announced his note ban move on Nov 8.

"So the FM was missing from this advance Budget Speech made by PM. Modi babu, empty vessels make the most noise 5/5," she said.

She said: "Financial Emergency continues in the name of black money cleanup. Money not available in banks. Still no concrete solutions to problems 3/6."

Banerjee said the address made by the Prime Minister has transformed into 'Budget Address'.