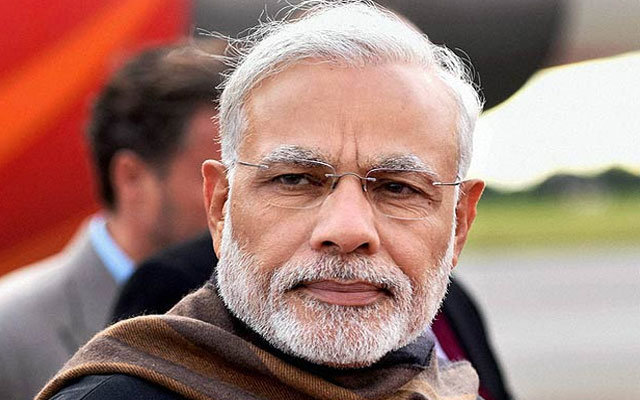 "On the eve of the new year, Government is bringing some new programmes for the people," Modi said.

Elaborating the programs, Modi said: "Loans of up to 9 lakh rupees taken in 2017 will receive interest subvention of 4 percent."

Loans of up to 12 lakh rupees taken in 2017 will receive interest subvention of 3 percent, Modi said.

He said: "The number of houses being built for the poor, under the Pradhan Mantri Awaas Yojana in rural areas, is being increased by 33 percent."

Modi said: "Loans of up to 2 lakh rupees taken in 2017 for new housing, or extension of housing in rural areas will receive an interest subvention of 3 per cent."

The Prime Minister said the government will take care of interest for 60 days for farmers who had taken loans from district cooperatives and central bank.

He said  3 crore Kisan Credit Cards will be transformed to RuPay credit cards in the next three months.

He also announced that credit guarantee raised from 1 crore to 2 crore for small entrepreneurs.

He said government has asked banks to increase cash credit limit for small businesses to 25 per cent from 20 per cent.

He also announced a scheme which will provide pregnant women financial aid of Rs 6,000.

"This scheme will help reduce maternal mortality rate in a huge way," he said.

"It will help in improving the health of mother and child," he said.

Modi said senior citizens of the nation will be given guaranteed interest rate of at least 8 percent on deposits up to Rs 7.5 lakh.

Modi commenced his address by calling his Nov 8 move of cash ban as a 'purification drive'.

"India has witnessed a major purification drive," Modi said in his address.

"It was inspiring to see the common man fighting against the evil," he said.

Modi said the 'patience and resolve' showed by people since Nov 8 will help in creating a better future for the nation.

"Patience, discipline, resolve displayed by 125 crore Indians will play a critical role in shaping future of the nation for years to come," Modi said.

"Corruption, black money, fake notes had become so rampant in India’s social fabric that even honest people were brought to their knees," he said.

He said it was unparalled moment to witness crores of people unting to fight against 'internal evils'.

Modi highlighted that only 24 lakh Indians have declared their income was over Rs 10 lakh.

"Can it be digested," he said.

"Law will take its own course," he said.

He said people indulging in corruption will not be spared.

"The priority of the government is to protect the honest.Do you not feel, that for the good of the country, this movement for honesty, needs to be further strengthened?" Modi said.

"Terrorism, Naxalism,Drug Trade, Human Trafficking, all these problems depend on black money.Demonitasitaion has dealt a severe blow on them," he said.