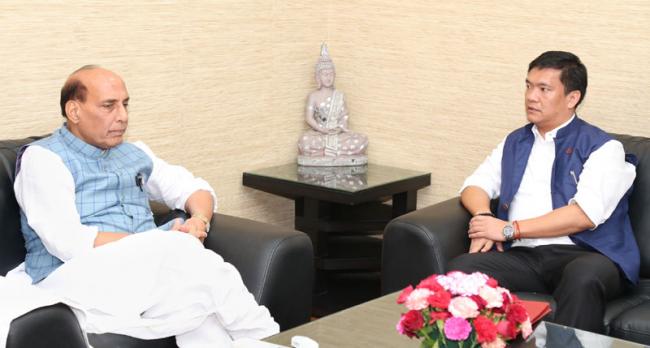 Lotus blooms in Arunachal after 33 MLAs of PPA join BJP

Now the BJP strength in the 60-member Arunachal Pradesh assembly increased to 47 after 33 MLAs of PPA and two Independent legislators joined the saffron party.

The high voltage political drama ended on Saturday after Chief Minsiter Pema Khandu and 32 other MLAs of PPA joined the BJP.


On Dec 29 midnight, Kahfa Bengia, the president of PPA had suspendedits seven MLAs including Khandu and his deputy Chowna Mein for anti party activities.

“My government is now fully BJP and a new journey of development begin in Arunachal Pradesh under leadership of Prime Minister Narendra Modi,” Khandu said.

“So with focus on development, our MLAs decided to join BJP for all round development in the state,” Khandu said.

On the other hand, Pema Khandu had sacked three ministers from his cabinet after joining BJP.

Earlier the PPA choose Takam Pario as its leader in the assembly.

Takam Pario, the MLA from Palin constituency and also the  richest MLA in Arunachal Pradesh with declared assets of Rs 187 crore.

Pema Khandu quit Congress along with 43 MLAs and joined PPA on Sept 16.