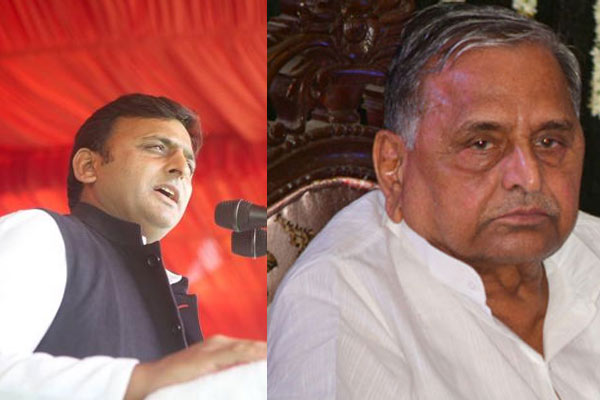 Mulayam Singh Yadav dropped the bomb during a press conference here where he said: "We have expelled both of them for a period of six years."

"Ram Gopal Yadav has been suspended from the party for six years for indiscipline," Mulayam Singh Yadav said.

He said Ram Gopal Yadav has weakened the party from within.

Mulayam Singh Yadav said the move was taken to save the party.

"We need to save the party," the SP chief said.

Reacting to the development, Ram Gopal Yadav said the move made by the SP chief was 'unconstitutional'.

Meanwhile, Akhilesh Yadav supporters have gathered outside his residence here to show their support to the expelled leader.

Mulayam Singh Yadav had earlier published the list of 325 party candidates for the UP assembly elections.

Akhilesh Yadav on Thursday named parallel list of 235 candidates for the UP Assembly polls.

Uttar Pradesh is all set to elect a new assembly next year.