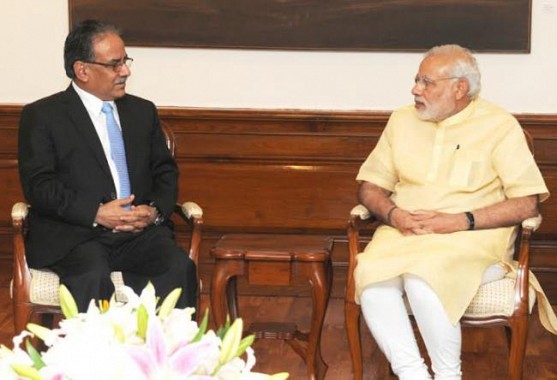 With this, the total supply of electricity to Nepal from India will be about 400 MW, read an Indian government statement.


Besides reviewing cooperation and expanding ties between the two countries in the power/energy sector, Minister of Energy of Nepal requested for an additional supply of 80 MW from India to alleviate power shortage in Nepal due to seasonal reduction in supply from domestic hydro projects in winter months.

In a swift response to this request, within a period of 20 days, the Power Grid Corporation of India Limited (PGCIL) installed an additional 220/132kV, 100MVA transformer at Muzaffarpur substation in India. This transformer will facilitate additional power supply up to 80MW to Nepal through the Muzaffarpur (India) - Dhalkebar (Nepal) transmission line. With this augmentation, a total of 160 MW can now be supplied to Nepal through this transmission line.

The electrical grids of India and Nepal are connected through various radial lines at 132kV, 33kV and 11kV voltage levels. Prior to February 2016, as per the request received from Nepal from time to time, various short-term augmentation schemes were carried out which resulted in enhancement of power flow to Nepal from 50MW to about 240MW.

In February 2016, Prime Ministers of India and Nepal inaugurated the first high capacity 400kV cross-border line, initially being operated at 132kV, from Muzaffarpur in India to Dhalkebar in Nepal. This had resulted in additional flow of 80 MW, enhancing the total power supply to Nepal to about 320MW.

The Muzaffapur - Dhalkebar line is planned to be charged at 220kV with the commissioning of 220kV Dhalkebar substation in Nepal by March 2017. This will facilitate additional 150 MW of power transfer to Nepal. This would be followed by commissioning of 400 kV substation at Dhalkebar (Nepal), which would enable operation of Muzaffarpur - Dhalkebar 400 kV DC line at its rated voltage, leading to increase in power transfer to Nepal by 300-400 MW.

India is also working with Nepal to supply power through two more radial 132kV lines viz. Raxaul-Parwanipur and Kataiya-Kushaha, which are being commissioned through the grant assistance of Government of India.


Accordingly, a number of high capacity cross-border interconnections are being considered between India and Nepal.