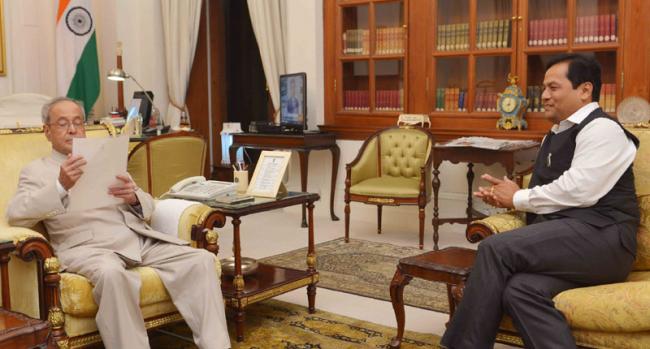 India Blooms News Service | | 28 Dec 2016, 08:39 pm
#Assam, #AssamCabinet, #Sarbananda Sonowal, #Asom Gana Parishad, #AssamChiefMinister
Guwahati, Dec 28 (IBNS) : The much awaited cabinet expansion of Sarbananda Sonowal-led Assam government is likely to be made before the Bhogali bihu festival which will start from Jan 14 next.

The newly elected president of Assam unit BJP, Ranjit Das on Wednesday said that the cabinet expansion will be made by inducting eight new ministers likely to next week.

“I am supposed to meet Chief Minister Sarbananda Sonowal on December 29 and to discuss about the matter,” Ranjit Das said.

The newly elected president of Assam unit BJP said that, the cabinet expansion to be made by inducting eight new ministers including six legislatures from BJP and one each from its ally parties Asom Gana Parishad (AGP) and Bodoland People’s Front (BPF).

Apart from Chief Minister Sarbananda Sonowal, there are 10 ministers in the present cabinet including six ministers from BJP and two each from the alliance partner AGP and BPF.