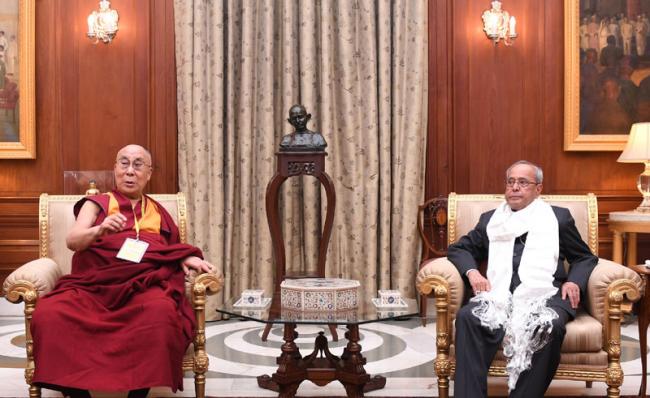 The 10-day-long event will begin at Bodh Gaya—the place where Buddha got enlightenment under the holy peepal tree in the 6th century BC—from Jan 3 next year.

On Friday, Bihar chief minister Nitish Kumar during a visit to the Buddhist pilgrimage site reviewed the puja preparations and directed the authorities to provide foolproof security to the Tibetan spiritual leader during latter stay at Bodh Gaya.

“There must not be any security lapse during the occasion. The senior officials should be deployed in the security of the Dalai Lama,” the chief minister was quoted in the local media as telling the officials attending the review meeting held in the office of the Bodh Gaya Temple Management Committee.

The concerns about Dalai’s security assume significance in the light of China strongly to his meeting with Indian President Pranab Mukherjee on Dec 11. This is the first time that a serving Indian president had met Dalai in many decades, reported Hindustan Times.

Around a million Buddhists from places such as USA, Britain, Germany, France and Switzerland are expected to attend the Kalchakra puja.

According to the official website of the Office of the Dalai Lama, His Holiness, along with the monks of Namgyal Monastery and senior lamas, will conduct Kalchakra rituals from Jan 3 to 5. His Holiness will be giving the Kalachakra at the request of the Kashag of the Central Tibetan Administration, it said.

During this occasion, His Holiness will give preliminary teachings on Shantideva's A Guide to the Bodhisattva's Way of Life and Kamalashila's The Middling Stages of Meditatio, from Jan 6 to 8.

On Jan 9, the Kalachakra Ritual Dance will be performed by the monks of Namgyal Monastery.

His Holiness will confer the Kalachakra Initiation from Jan 10 to 13.

On Jan 14, a long life empowerment and offering prayers for the long life of His Holiness will be performed.

The office of His Holiness has suggested the devotees to arrange FM radios sets on their own to listen to the translation saying it will not be possible to get radios in Bodh Gaya.