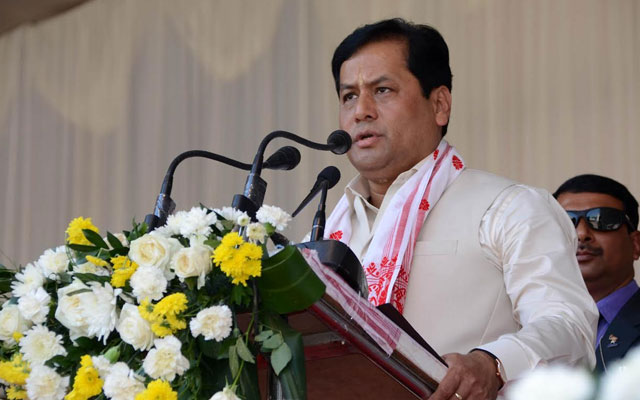 India Blooms News Service | | 10 Dec 2016, 08:13 pm
#Assam, #AssamChiefMinister, #SwahidDivas, #SarbanandaSonowal
Guwahati, Dec 10 (IBNS) : Assam Chief Minister Sarbananda Sonowal on Saturday said that Assam Agitation surged ahead keeping the Constitution of India and Father of the Nation at the fore. Assam Agitation was a non-violent democratic agitation to maintain the integrity of the country.

Led by the students of the State, Assam Agitation reflected firmness of mentality of the people of Assam to the world leaders.

Paid his tribute to the martyrs of Assam agitation at the Shraddhanjali programme held synchronising with Swahid Divas at Veterinary play ground, Khanapara, the Assam CM said that  there has been no evidence of such a long driven agitation based on Gandhian Philosophy anywhere. 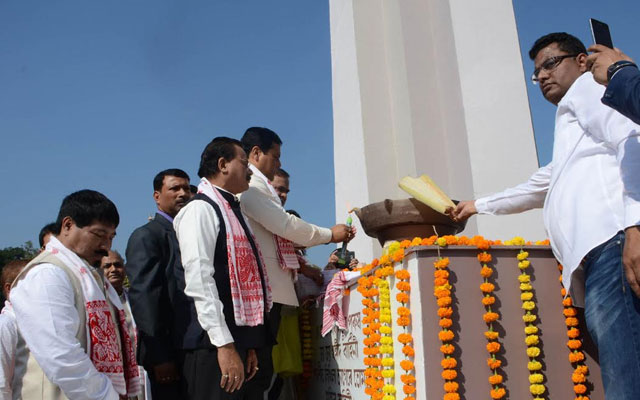 “The Agitation was adhered with not only to maintain the territorial integrity of Assam, it was aimed at protecting the integrity and sovereignty of our country. So, Assam Agitation needs to be evaluated in the real sense of the term and all have to make a coordinated effort for that,” Sonowal said.

Sonowal moreover said that the advanced countries of the world always protect their unique traditions. Assam Agitation contributed greatly to strengthen the process of giving rise to a greater Assamese community.

“If we want to let the seven hundred crore people of world know about Assam Agitation, we have to protect the individuality and uniqueness of our tradition. If we are keen to show love towards our nation, the younger generation will have to let themselves aware of Assam Agitation and the supreme sacrifice of its martyrs,” the Assam CM said.

To facilitate to build a lineage of Assam Agitation on the younger generation, Sonowal also vowed to preserve and keep the martyrs’column located at several places of the State clean so that cleaning process raises curiosity among the young ones and we should be in a position to answer their curiosity and let them about Assam Agitation. 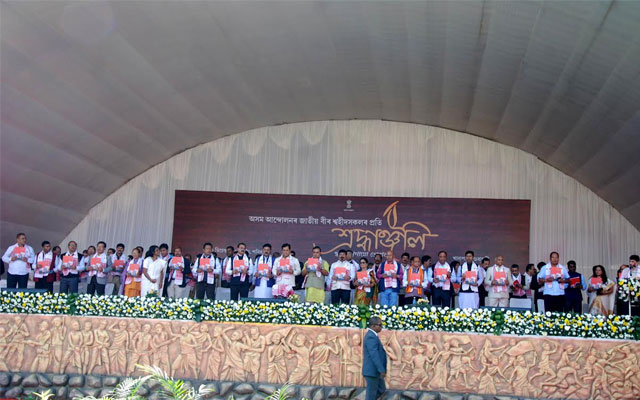 Sonowal also informed that in the memory of the martyrs of Assam Agitation a memorial will be constructed.

He also said that as per clause number 6 of Assam Accord, constitutional safeguard will be provided to all indigenous inhabitants and he sought suggestions and cooperation from all and sundry in this regard.

Sonowal also said that the Shraddhanjali programme has given an opportunity to the family members of the martyrs to come on a single platform with all the leaders of plain, hill and valley which would create an ambience for the people of Assam to strengthen the edifice of a value-based developed Assam follwing the ideology of Chaloung Sukapha. If that can be done the dreams of the martyrs of Assam Agitation would be fulfilled.

“We need to accept challenge from the illegal foreigners and if we can go forward showing our truthfulness, honesty and devotion we can very easily overpower the evil design of the foreigners. We need to safeguard all the ethnicities and sons of the soil. As public representatives we need to work for the betterment of the whole community,” the Assam CM said.

Referring to the famous tune of Jyoti Prasad Agarwala and Dr. Bhupen Hazarika Sonowal emphasised the need of hard work to make Assam as one of the advanced states in the country. 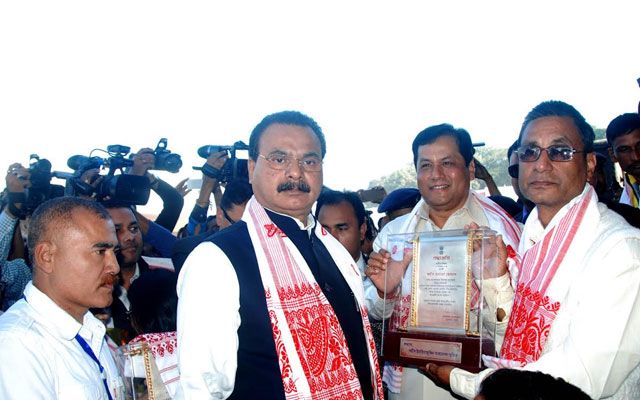 He also said when Assam could sustain such a long drawn agitation, it has become amply clear that with the right utilisation of its resources, the State can go forward and can become an advanced state.

On this occasion, Chief Minister Sonowal also disbursed Rs. 5 lakh to each of the martyrs’ family through ECS mode and distributed mementoes.

The rendition of ‘Swahid Pronamo Tomak’ by Cultural Affairs Department set the mood for the programme. 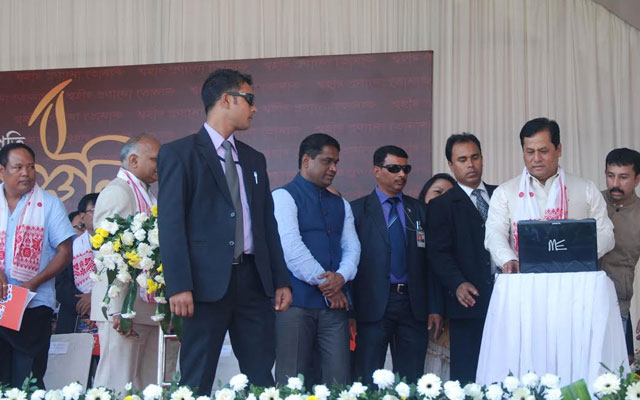