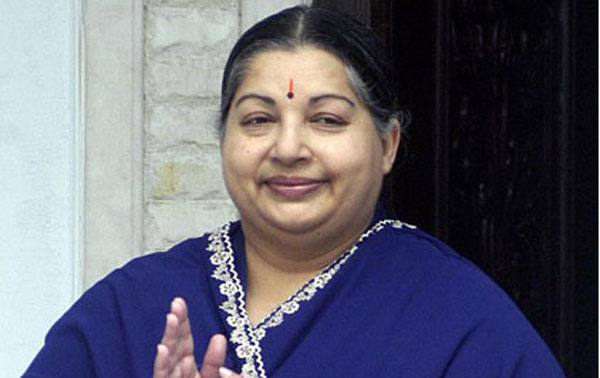 “The situation is extremely grave, but I can confirm that everything possible is being done to give her the best chance of surviving this shocking event,"  Dr Richard Beale, a London based specialist in Intensive Care Medicine at Guy’s and St Thomas Hospital, said on Monday in a statement.

Sixty-eight-year-old Jayalalithaa, who underwent a heart surgery in the morning after a cardiac arrest, has been on life saving  ECMO (Extracorporeal membrane oxygenation), a system supporting heart and lungs functioning.

The Apollo Hospital had consulted Dr Beale last month after Jayalalithaa was hospitalised.

He was consulted again on Sunday after the Tamil Nadu chief minister suffered a cardiac arrest.

Beale added: “...in spite of the progress she had made, her underlying health conditions inevitably meant that the risk of further problems always remained”

Earlier, Apollo Hospital had issued a statement around noon, saying,  she “continues to be very critical and is on ECMO (Extracorporeal membrane oxygenation) and other life support systems.

In Delhi, Union Home Minister JP Nadda said, “We have sent a team from Delhi AIIMS to Chennai. They (Apollo Hospitals) needed doctors and we have sent them that. The government is doing whatever is possible for us. We hope and pray for Jayalalithaa’s speedy recovery,” Nadda tells

The team of doctors is being headed by eminent cardiologist Naresh Trehan.

Reports said security has been strengthened in Tamil Nadu following the development and the Centre has been in constant touch with the state Government.

Union Parliamentary Affairs Minister Venkiah Naidu is scheduled to fly down to Chennai to visit Jayalalithaa.

Jayalalithaa, who has been in Apollo Hospital since September 22, suffered a cardiac arrest on Sunday evening and was put on an extracorporeal membrane heart assist device, a life support system that aids heart and lung functioning.

Meanwhile, the US consulate in Chennai has issued advisory for American citizens in the city: “...even gatherings intended to be peaceful can turn confrontational and escalate into violence. You should avoid areas of demonstrations, and exercise caution if in the vicinity of any large gatherings, protests, or demonstrations.”

“The US Consulate General in Chennai operating with reduced staffing on December 5, 2016, and has temporarily suspended appointments for routine services to US citizens and visa applicants. The Consulate will provide updates when routine services are restored.”