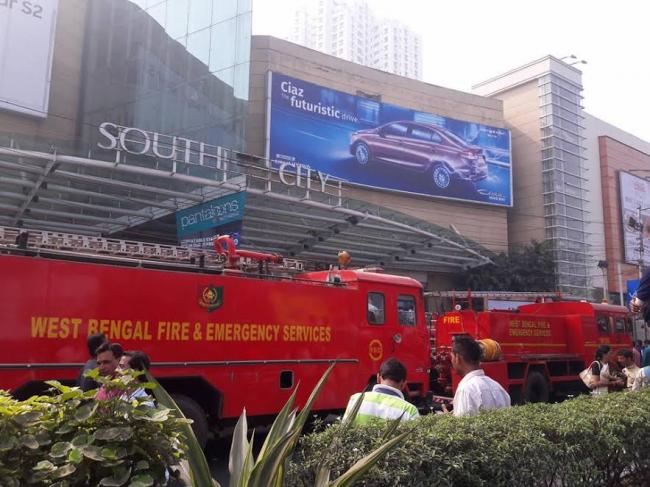 According to reports, the fire was first noticed at around 9 am., triggering a huge scare, and fire brigade was called in.

The mall authority evacuated all people from the entire mall, including a multiplex inside it.

"Staffers and own security guards of the mall and movie theatre evacuated us very smoothly and when we came out, we saw a huge black smoke covered the top of the mall," she further said.

As many as 21 fire tender engines along with a hydraulic ladder, police force and Disaster Management Group (DMG) personnel rushed to the spot and doused the huge flame very soon.

Fire officials confirmed that no person was injured in the incident.

"When the fire broke out, mall's fire alarms and fire sprinkler system had started working and mall's own fire extinguishing system was also used properly at that time, which led to avoid any kind of casualty," a senior official of West Bengal Fire and Emergency Services told IBNS. 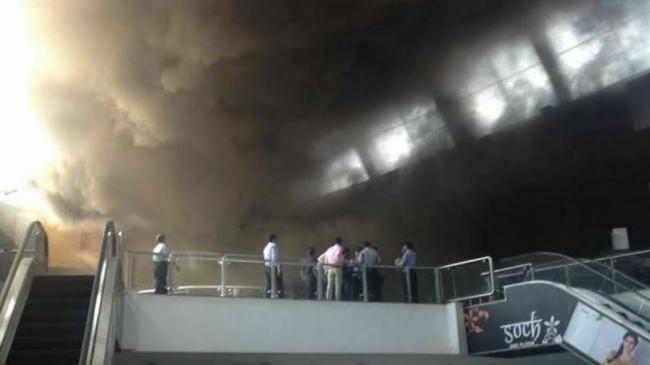 Fire department is suspecting that the fire started after a short circuit.

"After primary investigation it seems like the fire started after a short circuit in the false ceiling of mall's food court, which is located on the top floor. After proper investigation, the actual reason behind this fire will be known," the officer added.

State Fire Minister Sovan Chatterjee went to the scene and ordered a probe into it.

However, police said that the mall will be remain closed until further notification for forensic tests.