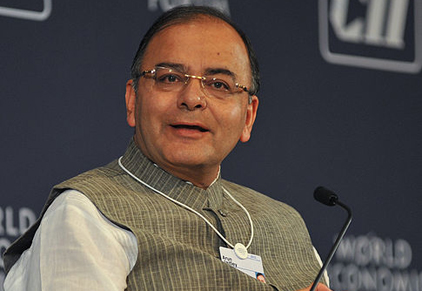 He said the opposition parties were surprised by the presence of Prime Minister Narendra Modi in  Parliament.

"Those parties who were once a part of every scandal in the country are now opposing the move to fight black money," Jaitley told reporters.

He claimed that maximum black money was generated during the UPA rule.

After days of uproar and chaos, the debate on demonetisation began in the Rajya Sabha on Thursday with Prime Minister Narendra Modi being present in the House as his predecessor Manmohan Singh led the opposition attack against the Government.

Criticising the 'monumental mismanagement' of the Modi Government, Singh said the way the move has been taken is causing misery to the people and the 50-day restriction on withdrawal of money could spell a disaster.

"I hope that PM will help us find practical ways to give relief to people suffering. Monumental mismanagement has been undertaken in implementation of demonetisation," he said.

“I want to ask PM that can he name any country where people have deposited their money but are not able to withdraw it. PM said wait for 50 days but for the poor section even 50 days can be detrimental,” Singh said.

The government on Thursday morning said it had not formally invited the opposition to discuss how to end the stand-off in parliament over the abrupt decision to ban 500 and 1,000 rupee notes