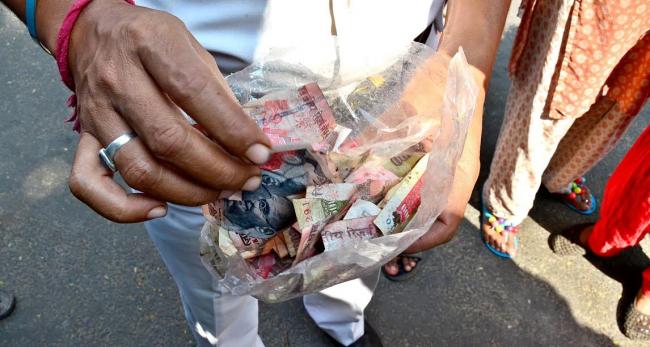 According to reports, locals found the torn and multilated notes in the morning at a dustbin near Golf Club and police were called in.

Police, however, recovered the notes and sent for tests to confirm if it's original of fake currency.

"Recovered notes are possibly worth over 2 crores and those have been sent for tests to confirm authenticity," a senior official of Kolkata Police told IBNS.

"We are examining CCTV footage of the area to identify the person(s) who threw these notes," the official added.