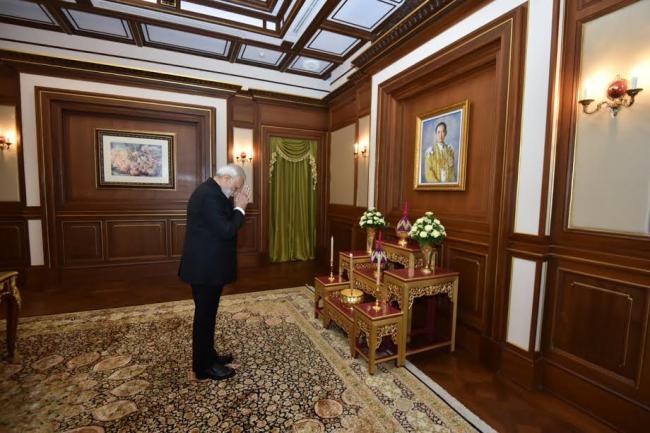 The world's longest reigning monarch, the Thai king passed away on Oct 13, 2016.

The Indian PM reached the Dusit Maha Prasat at the Grand Palace to pay his respects before mortal remains of King Rama IX.

The PM also inscribed a message of condolence at the Grand Palace in Bangkok.