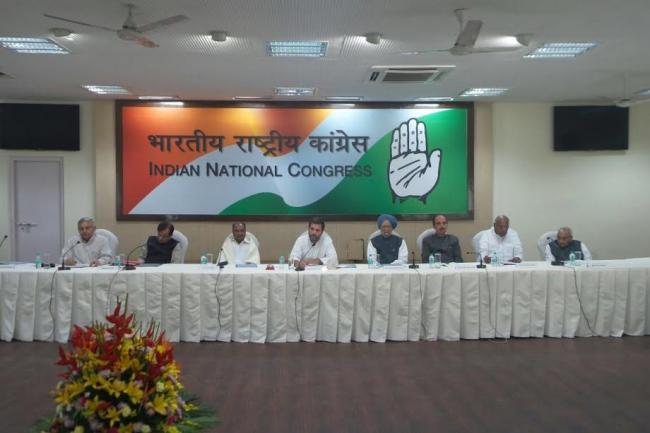 Rahul presides over CWC meet in absence of Sonia Gandhi

Party president Sonia Gandhi, who usually heads the CWC meets, was absent owing to ill health, and the meeting was led by Rahul Gandhi.

Sonia Gandhi has been the party president since 1998.

The CWC meeting began with a prayer for the martyrs.

"Asking questions is what discomforts this govt the most, for they have no answers," Rahul Gandhi said in the meeting attacking the BJP government at the Centre.

According to him, " Modi government is obsessed with power, it seeks to silence all those who disagree."

He said, according to a series of tweets from Office of RG, "Attempts by Govt to suppress fundamental freedoms by abusing State power will only strengthen our resolve to defeat such dangerous designs."

"With State elections due in the coming months we can safely expect the Modi govt to launch a campaign of disinformation and polarization. They will exploit caste and religious fault lines.  We must anticipate and neutralize such devious strategies," said Rahul Gandhi.

He also criticised the Union government regarding its stand on the the one rank one pension issue.