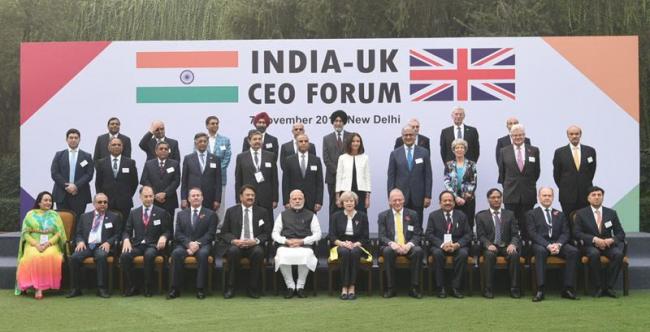 Would like to see India take permanent seat in UNSC: UK PM Theresa May

She also said that she would like to see India take on a permanent seat in the United Nation Security Council (UNSC), media reported.

Two MoUs were signed between India and the UK regarding ease of doing business and co-operation in intellectual property.

May said that UK is ready to welcome the brightest and best Indian students but according to media reports, the new visa rules are likely to hit Indian IT workers.

UK PM also said that both countries need to work toward cyber security.

The Indian PM said that India's strategic partnership is geared towards meeting 21st century challenges and contributing to global good, according to media reports.

Earlier in the day, both prime ministers attended the India-UK CEO Forum.

PM Theresa May is accompanied by a group of UK business representatives.