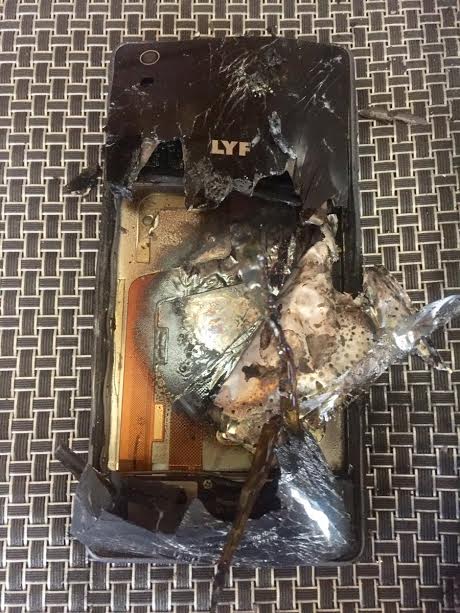 Reliance Retail launched its Lyf brand of smartphones in India this year; the phones are available with free Reliance Jio SIM and its preview offer.

"My family had a narrow escape today after @reliancejio 's @Reliance_LYF phone exploded & burst into flames," he tweeted.

In a subsequent tweet, the user asked people to be careful while using their phones.

"All those people who have this @Reliance_LYF phone need to be very cautious and careful @reliancejio," he added.

Following his tweet, the handset company said that they have started an investigation.

"@tanvirsadiq As discussed we are investigating on this. We will get back to you with further updates," a tweet from Lyf's official Twitter handle read.

Reacting to the news, former Jammu and Kashmir Chief Minister Omar Abdullah tweeted, "Glad everyone is safe Tanvir. This looks like it was a very narrow escape. I won't be using my handset anytime soon, that's for sure."