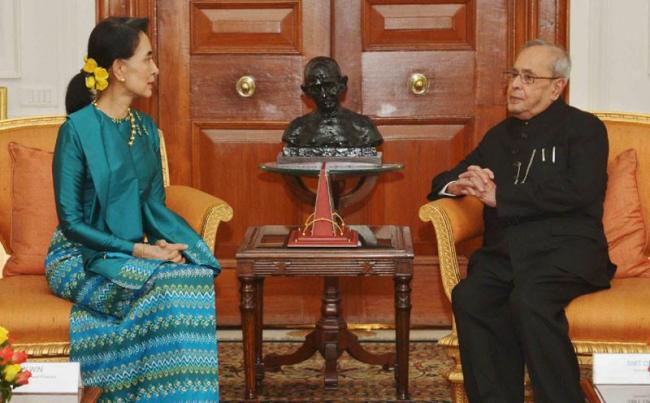 She was accorded a ceremonial welcome at the Rashtrapati Bhavan, where she was received by Prime Minister Narendra Modi.

Later, the State Counsellor of Myanmar introduced the Prime Minister Narendra Modi to the Myanmar dignitaries, at the Ceremonial Reception.

Aung San Suu Kyi arrived in New Delhi on Monday after the BRICS-BIMSTEC Outreach Summit in Goa was over.

On Monday, she met Congress President Sonia Gandhi at the latter's residence.