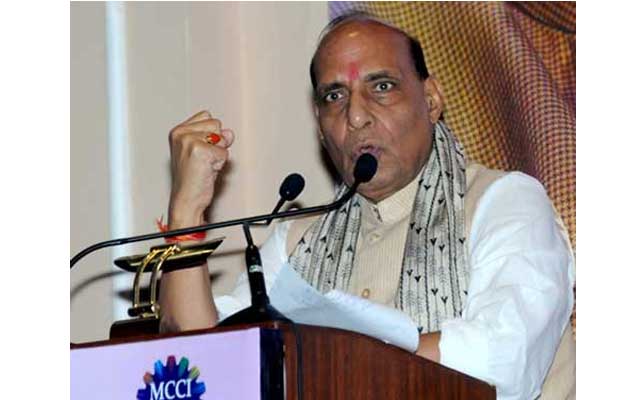 Our relationship with China has improved : Rajnath Singh

"There are certain perceptional differences regarding the boundaries between India and China, but the number of transgressions has reduced...," media reports said quoting Singh, who was speaking at the inauguration of a two-day 'Regional Editors Conference' in Chandiagarh.

Speaking on Pakistan, the Home Minister said the country is still "obsessed with certain issues" and does not seem to have the intention to fight terrorism whi"ch has been let loose on India from across the border.

"Pakistan has forgotten the difference between terrorists and freedom fighters. Terrorism in India is mostly sponsored from across the border...If Pakistan is serious about fighting terror then we are ready to help them eradicate terror, but their intention is not that," he said.

Singh reiterated that the international border with Pakistan will be sealed by December 2018 to protect the country from cross border terrorism.

He said all round  security measures against terrorist activities in the country  have been strengthened manifold since the 2998 Mumbai terror attack with vigil being mounted in the border areas of the north eastern region with countries like Bangladesh, Bhutan and Myanmar.