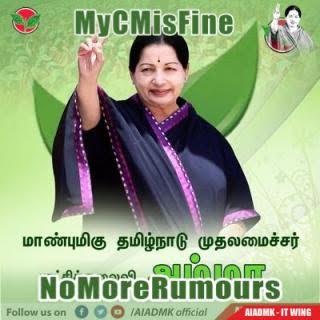 They went to Apollo Hospital to inquire about her health.

Chief minister and AIADMK chief Jayalalithaa was admitted to hsopital on September 22 with complaints of fever and dehydration, media reported.

On Tuesday, the ministerial portfolios handled by the CM was handed over to the state's Finance Minister O Panneerselvam.

" Portfolios looked after by Honourable Amma have been allocated to Finance Minister O. Panneerselvam on the advice of Puratchi Thalaivi Amma," tweeted AIADMK.