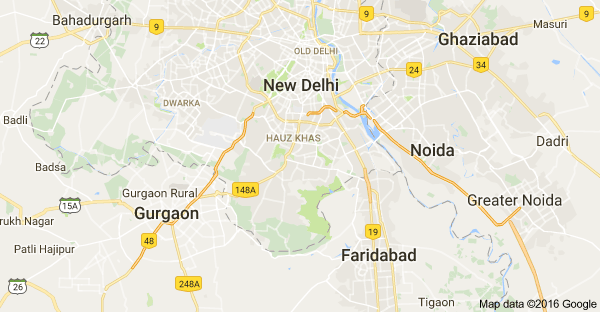 They were assisted by traffic police personnel, most of who were women.

Dressed in pink t-shirts, the young girls displayed signage and posters on gender equality as well as girls’ rights.

Passerby were also handed stickers with the message ‘Be the Driver of Change’.

The celebration of the International Day of Girl Child is part of a three-year collaboration between the European Union (EU) and Plan India for promoting gender equality and combating discrimination against the girl child, which began in May 2015 in selected districts of Rajasthan, Uttar Pradesh and Jharkhand.

The EU currently funds three large initiatives on the rights of the girl child in India, with a specific focus on eliminating sex-selective abortions.

European Union Ambassador to India, Tomasz Kozlowski inaugurated the takeover and distributed badges to the girls belonging to marginalised communities.

Inaugurating the initiative, Kozlowski said, “Ensuring that girls feel respected and valued in society is the first step to breaking down the barriers of discrimination. Today, on International Day of the Girl Child, we remember that empowering girls and women is not just our moral duty, it is also the solution to many of the greatest challenges we face in the quest for development and peace: Investing in girls is investing in peace and prosperity".

On the occasion, Bhagyashri Dengle, Executive Director, Plan India said, “Despite significant progress over the last several decades toward girls’ and women’s equal participation, gaps still remain. By occupying such spaces and places where they are rarely seen or heard, it is a step towards promoting gender inequality and claiming their rights.”

Besides manning traffic, the girls also took over important roles even in corporate houses, media publications and radio stations for a day, last week.

Going forward, 10 metro stations in Delhi will also have signage and people will be requested to pledge their support for a safer Delhi, from October 11 to 20.