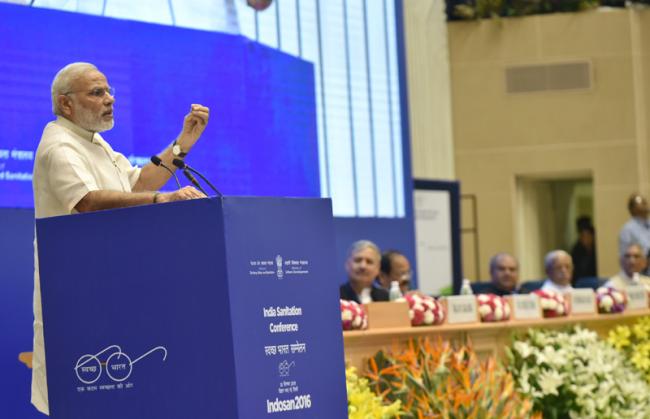 He said that while no one likes dirt or dirty surroundings, the habit of cleanliness takes some effort to develop.

He said children are increasingly conscious about issues regarding cleanliness.

This shows that the Swachhta Abhiyan is touching people’s lives.

He added that a healthy competition is now developing among cities and towns, for promoting cleanliness.

Appreciating the media for its positive role, the Prime Minister said that if there is someone who has furthered the cause of cleanliness more than me, it is the media.

The Prime Minister emphasized that cleanliness is not something to be achieved by budget allocations. It is rather, something that should become a mass movement.

Recalling Mahatma Gandhi’s Satyagraha to free us from colonial rule, the Prime Minister said that today there has to be Swachhagraha to make India free from dirt.

The Prime Minister said re-use and recycling have been our habits for a long time. He added that these need to be made more technology-driven.

The Prime Minister congratulated the award winners, and especially appreciated some of them for succeeding through Jan Bhagidaari.