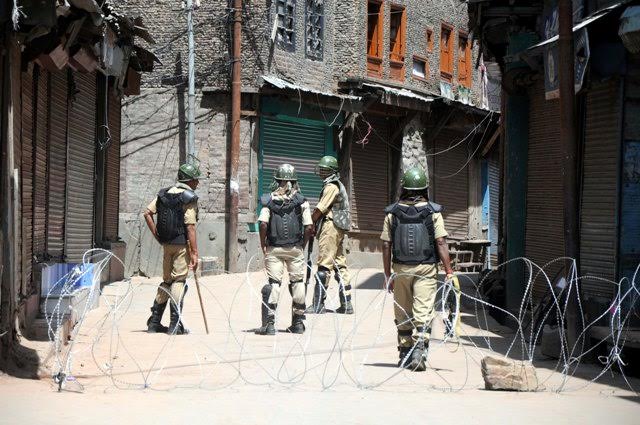 India Blooms News Service | | 18 Sep 2016, 12:07 pm
#J&Kattack, #UriAttack, #17IndianArmyMenKilled, #FourTerroristsKilled, #RajnathSingh, #ManoharParrikar, #JammuKashmir, #Terrorism
Uri, Jammu and Kashmir, Sept 18 (IBNS): In one of the deadliest attacks in Jammu and Kashmir in the recent years, at least 17 Indian Army soldiers lost their lives while all four terrorists, who attacked an army Brigade camp in Kashmir's Uri on Sunday morning, were eliminated in a fierce encounter with the security forces.

Many soldiers have also been injured in the attack.

An Army spokesperson in Srinagar confirmed that all four militants have been killed in the Uri encounter.

He said search operation is on inside the camp and "we are collecting all the details about army fatalities and injuries."

"We pressed commandos to kill all the militants and got success," he added.

The attack is believed to have been mounted by the terror group Lashkar e-Taiba and backed by Pakistan's spy agency ISI.

The injured jawans have been airlifted to an Army hospital in Srinagar, reports said.

According to reports, the encounter started in the area after some terrorists sneaked in at around 4 am in the camp on the Srinagar-Muzaffarabad highway in the Baramulla district.

Following the attack, Defence Minister Manohar Parrikar has directed the Army chief to visit Kashmir and assess the situation.

In fact, according to last received reports, Parrikar is also on his way to the Valley.

"Keeping the situation of Jammu and Kashmir in mind and in the wake of terror attack in Uri, I have postponed my visits to Russia and the USA," the Home Minister tweeted.

"I have given instructions to the Home Secretary and other senior officers in MHA to closely monitor the situation in Jammu and Kashmir," he said.

Singh said he spoke to J&K Chief Minister Mehbooba Mufti over the issue.

"Spoke to Governor & CM of Jammu & Kashmir regarding the terror attack in Uri. They have apprised me of the security situation in the state," he said.