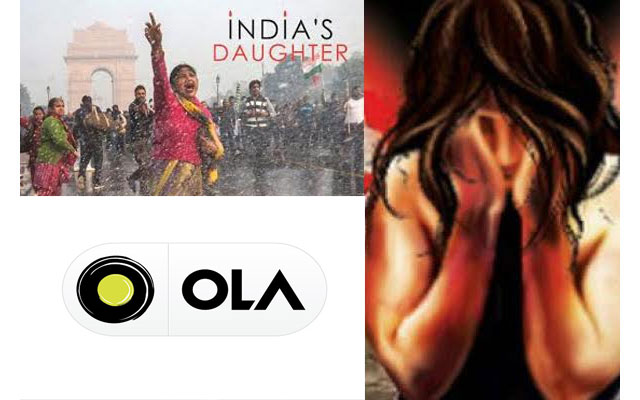 "We are saddened by the reports of the alleged misbehavior of a driver in Kolkata. On preliminary identification of the cab details shared by authorities, we have suspended the account associated with this cab with immediate effect," the company said in a statement.

The company has claimed that this incident has not occurred while on the Ola platform.

"We will work with the authorities to share any information that will help support their investigation," it said.

According to reports, two drunk men- Shankar Shaw and Guddu Singh- forcibly picked up a 12-year-old pavement dweller girl in their Ola cab from Kolkata's Brabourne Road area on the wee hours of Wednesday.

They allegedly gang-raped the minor on AJC Bose Road flyover near Park Circus area, then killed her and later threw her body into Tapsia Canal from Ambedkar Bridge.

After starting probe into the matter, police identified the vehicle, using CCTV footage, and later arrested both accused on Wednesdaymorning.

"We arrested Ola cab driver Guddu Singh and his friend Shankar Shaw in connection with an alleged gang-rape case, under Hare Street Police Station, and seized their white Tata Indigo car, which was used to commit the crime," a senior official of Kolkata Police told IBNS.

"During primary interrogation, they accepted that they were drunk and after forcibly picking the minor, they raped and killed her, and later threw her body into a canal," the officer added.

According to police reports, murder, rape, abduction, criminal conspiracy and few other charges have been slapped on them.

However, after recovering the girl's body from canal, it has been sent for post-mortem, officials said.