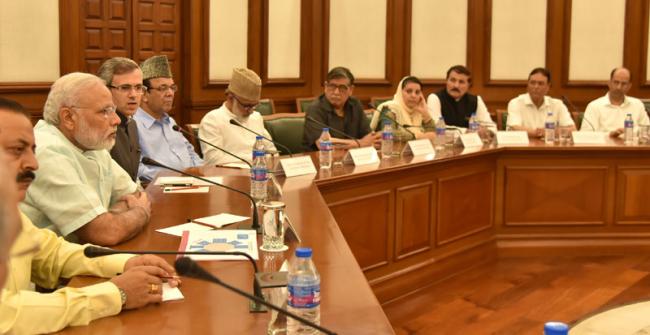 The meeting was held in an atmosphere of free and frank discussion.

The Prime Minister expressed deep concern and pain at the prevailing situation in the State.

He said that those who lost their lives during recent disturbances are part of us, our nation; whether the lives lost are of our youth, security personnel or police, it distresses us.

He conveyed that his government and the nation stand with the State of Jammu & Kashmir and suggested that all Political Parties should reach out to the people and convey the same.

He expressed his commitment to the development of the State and its people, and appealed for restoration of normalcy.

The Prime Minister appreciated the constructive suggestions made in the meeting and reiterated his Government's commitment to the welfare of citizens of the State.