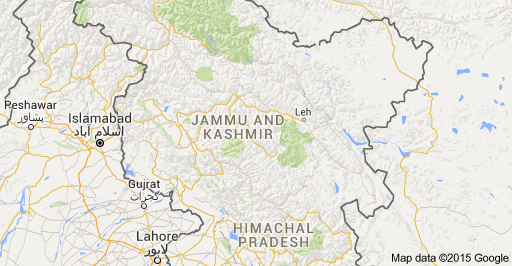 India Blooms News Service | | 17 Aug 2016, 09:13 pm
#Kashmir, # Opposition parties
Srinagar, Aug 17 (IBNS): Opposition parties in Kashmir, which met here on Wednesday, decided to approach President Pranab Mukherjee and other political parties of India to apprise them on the situation in the Valley and demanded a probe by a retired Supreme Court judge into allegations of excessive use of force by government forces personnel.

The meeting, that was presided over by National Conference working president Omar Abdullah, was participated by almost all the opposition parties including the Congress.

Sources said that during the meet, a resolution was passed and it was decided that the opposition parties will approach the President of India to apprise him about the ground reality of Kashmir.

The members also demanded that a judicial commission headed by a retired Supreme Court Judge should be appointed to probe the killings of innocent civilians.

It was also demanded that a special Assembly session should be called to assess the present situation.

During the meeting, it was also decided that government should be asked to stop nocturnal raids and random arrests of youth.

The members also urged upon the government of India to initiate unconditional dialogue with all the stake holders in Kashmir.

The meeting lasted for more than four hours during which Legislator Engineer Rasheed asked all the political leaders to get united and pitch for the plebiscite of Kashmir.