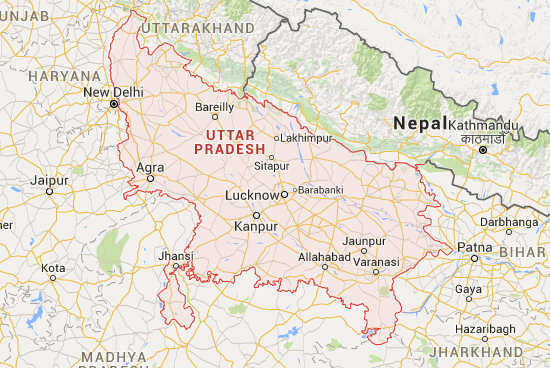 Five other people were also injured in the incident.

The car used by the  attackers,  has been found abandoned in a field 6 km away from the spot. An AK 47 rifle and two pistols have also been found.

Reports said many people have been held for questioning in connection with the incident.

Teotia was on his way to  Ghaziabad when the gunmen's vehicle closed in and volleys of shots were fired at him.

"It is very shocking," NDTV quoted Union Home Minister  Rajnath Singh as saying.
.
"Law and order is a state subject, ultimately it is their responsibility," he said on Friday. .