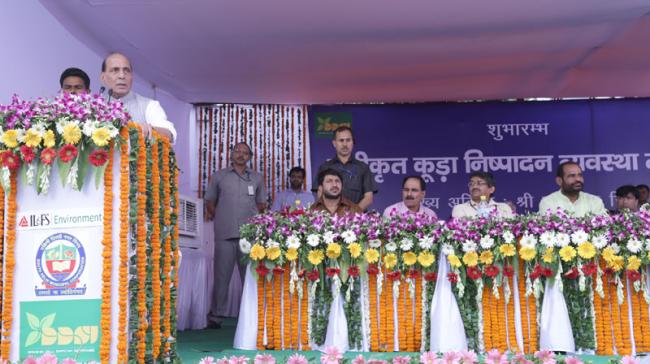 "I have no hesitation in saying that whatever is happening in Kashmir is sponsored by Pakistan," Rajnath Singh said in the Parliament.

He said: "Pakistan is behind several incidents leading to unrest."

Singh said 400 ambulances have been deployed in the violence hit state.

He said it hurts to see stones in the hands of young people.

Singh said: " Security forces were directed to exercise as much restraint as they can in the Valley."

"No power can snatch away Kashmir Valley from us," Singh said.

Modi said an all-party meeting will be held on Kashmir issue on Aug 12 which will be attended by Prime Minister Narendra Modi.

Kashmir has been on a boil for about a month after Hizbul terrorist Burhan Wani's encounter death which  triggered protests and violence. About 50 people have so far died in clashes with security forces while a large part of the valley has been under prohibitory orders for more than three weeks.