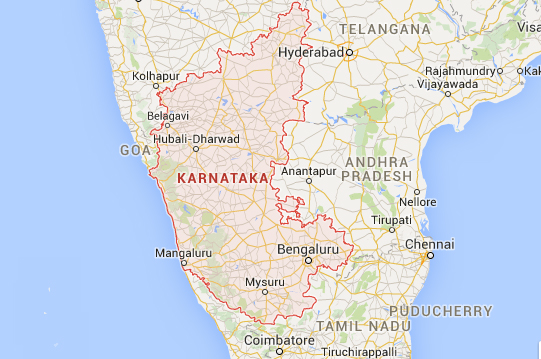 India Blooms News Service | | 08 Jul 2016, 08:42 pm
#Karnataka, #MK Ganapathy death, #MK Ganapathy, #Karnataka Cop suicide, #Karnataka cop dead
Mangaluru, July 8 (IBNS): In a twisting incident, senior police officer MK Ganapathy was found hanging from the ceiling of a lodge in Karnataka's Kodagu district on Thursday evening after he gave a television interview in the same afternoon that if anything happens to him, KJ George, a minister in the Congress government, would be responsible, media reports said.

Ganapathy, 51, was serving as Deputy Superintendent of Police in Mangaluru.

Speaking to a local television channel, he had alleged that he was harassed by two of his bosses in the police force and KJ George over corruption charges against him.

Ganapathy was being investigated after charges of corruption and fake encounters or extra-judicial killings.

However,  George said that Ganapathy met him two years ago asking for the inquiry against him to be dropped, reports said.

At the time, George was Home Minister. He now handles Town Planning.