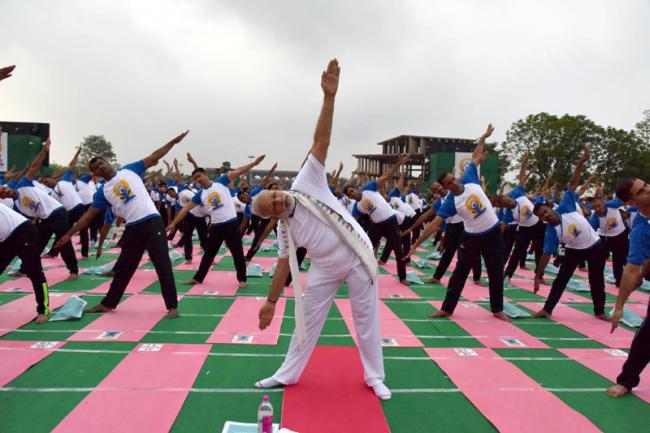 Addressing at the event, Modi said yoga does not discriminate between rich and poor and provides people health assurance.

"With zero budget, Yoga provides health assurance. Yoga does not discriminate between rich and poor," the PM said.

"This is a day linked with good health and now it has become a people's mass movement," he said.

He said: "The world supported the idea of International Day of Yoga. All sections of society came together in this endeavour."

He urged people to make Yoga more popular across the world.