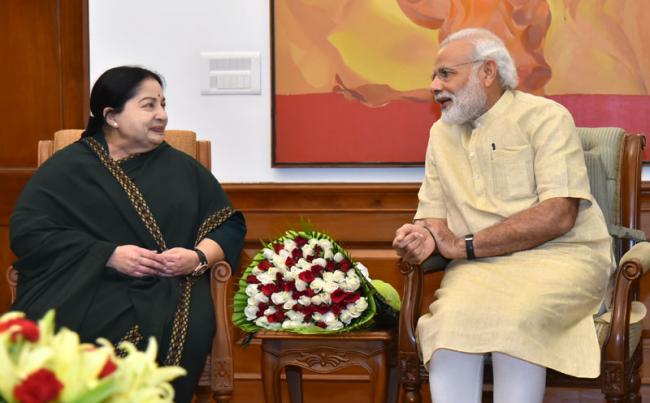 "Centre should accept AIADMK's amendments to GST Bill, Puratchi Thalaivi Amma in the memorandum to PM Modi," it said.

Earlier in the day, Finance ministers of most of the Indian states who meet in Kolkata inched towards a consensus on the proposed Goods and Service Tax (GST) which seeks to put in place a comprehensive indirect tax levy on manufacture, sale and consumption of goods as well as services at the national level.

After meeting the state finance ministers who assembled here in Kolkata, Union Finance Minister Arun Jaitley said: "Every state supports the idea of GST, except differences of opinion by the Tamil Nadu."

He said it would be ensured in the GST once implemented that any loss of revenue for the first five years are compensated by the centre.

He also ruled out a constitutional cap on the tax as proposed by the Congress which agreed to back the bill but demanded an 18 percent cap on the tax and an independent mechanism to resolve disputes on revenue sharing among states.