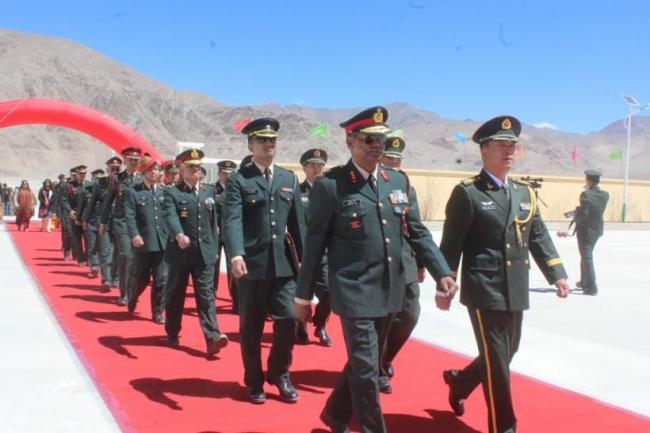 India-China Border: Personnel meet on the occasion of Labour Day

The Indian Delegation at Moldo was led by Major General Sudhakar Jee and The Chinese Delegation was led by Senior Colonel Zhan Peng Zhung.

The Ceremonial Border Personal Meetings were marked by saluting the National flag of China by the delegation members.

This was followed by ceremonial address by delegation leaders which was comprised of exchange of greetings, wishes and vote of thanks.

The meeting reflected the mutual desire of maintaining and improving relations at functional level along the border. Thereafter a culture programme showcasing vibrant Chinese culture and tradition was organised .

"Both the delegations interacted in a free, congenial and cordial environment," the release said.