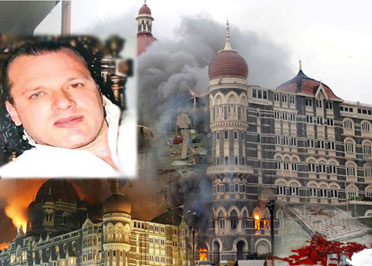 Headley was asked if, after marriage, his second wife Shazia asked him to quit the terror group Lashkar-e-Taiba, on whose behalf he travelled from Pakistan to India to film the Mumbai landmarks that were later  attacked in 26/11, leaving 166 people dead.  "To save her husband's life and marriage, a wife can make any sort of request," he responded in Hindi and said at no point was his life in danger from the Lashkar.   Headley also refused to disclose the name of Faiza's father, saying that  he has no idea if his former father-in-law was a member of the Lashkar or the ISI. Headley was arrested in 2009 in the US, which guaranteed he will not face the death penalty in exchange for his disclosing information about the Lashkar. On Wednesday, Hadley had flatly refused to give details about his  second wife, saying,  "Shazia is my legally wedded wife. I do not want to disclose her location or answer any questions about her."