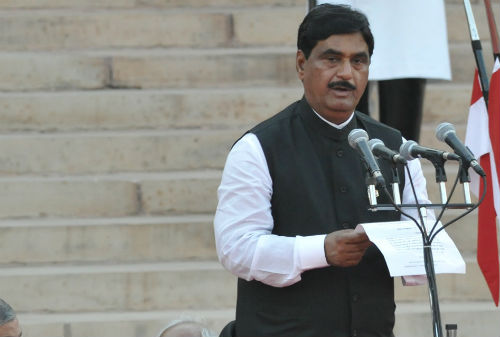 India Blooms News Service (IBNS) | | 07 Jun 2014, 09:28 am
#Gopinath Munde dead, # Gopinath Munde dies
Mumbai, June 7 (IBNS) Union Minister Gopinath Pandurangrao Munde, who lost his life on Tuesday due to multiple internal injuries after his car was hit by another vehicle in the national capital, wanted to resign from the Bharatiya Janata Party (BJP) after facing repeated humiliation, claimed his colleague.

"Munde was facing repeated humiliation within the party. He had to struggle for every step he took so much so that he even wanted to quit the party once. It was I who stopped him," said Maharashtra BJP leader Pandurang Phundkar. Demanding a Central Bureau of Investigation (CBI) probe into Munde's death, Phundkar said: "The circumstances that led to his death are confusing. The CBI must probe into the incident." Maharashtra strongman Munde died in a road accident in New Delhi on Tuesday morning. The mishap took place at around 6.30 am when he was on his way to the Indira Gandhi International Airport from where he was scheduled to catch a flight to Mumbai.   According to reports, an Indica car hit Munde's Ambassador car when it was moving from Lodhi Road towards the Aurobindo Chowk. He was rushed to the All India Institutes of Medical Sciences (AIIMS) where he was declared dead.