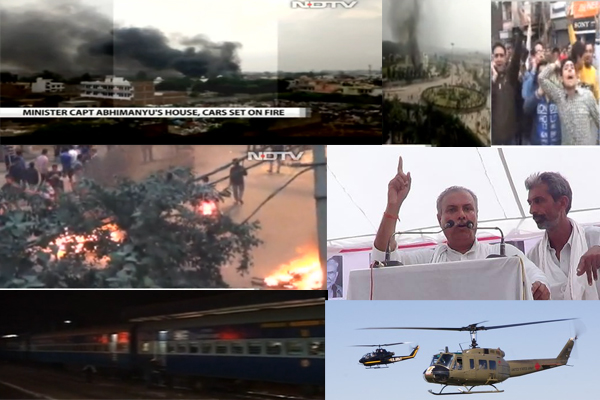 Congress urge Centre to take control of situation in Haryana

INC wrote on Twitter that the present situation has escalated due to the statements made by BJP lawmakers. They also blamed the incumbent government of falling short of effective ideas and failing the people of Haryana.

Congress also attacked the BJP-RSS bond and said that the two are not only trying to divide the nation on religious grounds but are also doing the same in Haryana on grounds of caste.