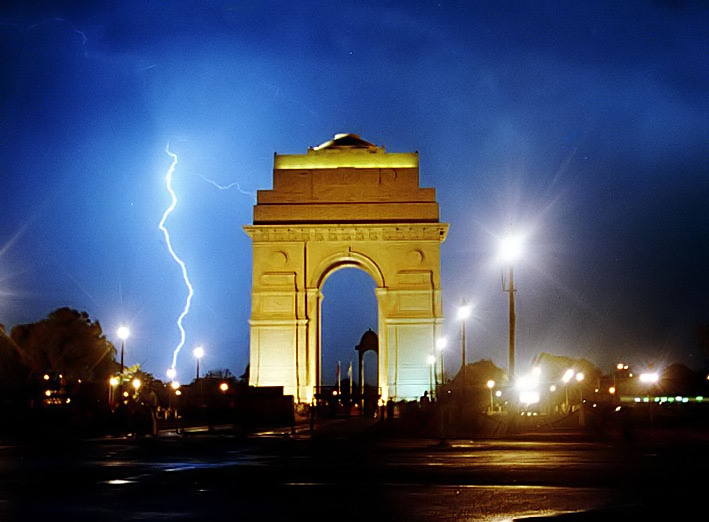 The national capital was hit by the dust storm at around 5 pm on Friday evening.

Besides huge traffic clot, the storm hit services on the Delhi Metro's Yellow line. The metro line was been halted for a while.

At least 18 domestic and one international Delhi-bound flights were also diverted to nearby airports, reports said.

Power cuts were also reported from some parts of the NCR.

The Met department had earlier predicted that a dust storm would hit the city and surrounding areas during the weekend.