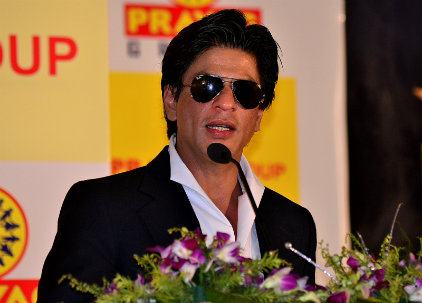 "Shah Rukh Khan lives in India, but his heart is in Pakistan. His films make crores here but he finds India intolerant," was what the former Madhya Pradesh minister and BJP general secretary tweeted on Tuesday.  His attack came after Shah Rukh Khan had joined the debate over intolerance on Monday, his 50th birthday, when he told NDTV that  there was "nothing worse than religious intolerance and that it would take India to the Dark Ages". Opening up himself Shah Rukh Khan had also said :"Our religion cannot be defined or showed respect to by our meat-eating habits. How banal and silly is that." Reacting sharply to his comments, Vijayvargiya tweeted : "Isn't this treason? India is about to become a member of the United Nations Security Council. All forces opposing India including Pakistan are conspiring against it." "Creating an atmosphere of intolerance in India is part of the conspiracy. Shah Rukh's tune is to sing with Pakistan and these forces against India," he wrote. "When hundreds were killed in Bombay in 1993, then where was Shah Rukh Khan? When Mumbai 26/11 attack was where Shah Rukh?" he said. But the BJP leader's offensive  met with opposition from even unlikely quarters : "I condemn his comments outright," said union minister and BJP leader Prakash Javadekar. He said  that  Vijayvargiya is not a BJP spokesperson and so does not speak for the party. "Sickening remarks against @iamsrk by BJP national gen sec also in charge of Bengal.What attitude is this: everyone is bad & only u r good? (sic)" tweeted Trinamool Congress leader Derek O'Brien. Delhi chief minister Arvind Kejriwal sent the actor a message of support."We r all proud of you.@iamsrk Hope your words help to make a tolerant, inclusive and progressive India (sic),"  Kejriwal tweeted.