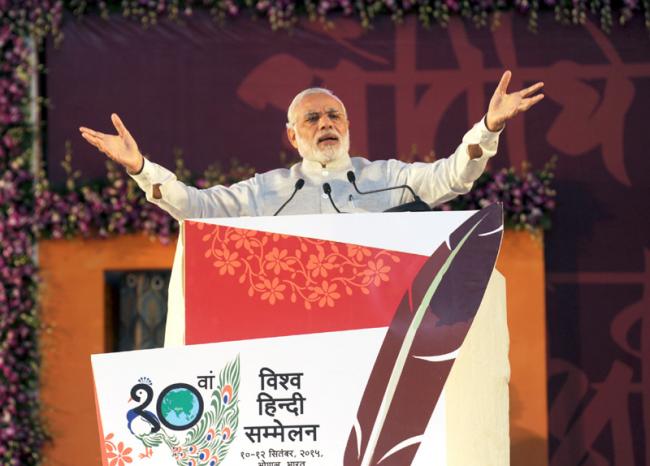 "Three languages will be influential in digital world- English, Chinese and Hindi," Modi said while addressing at the 10th World Hindi Conference in Bhopal.

The Prime Minister, whose mother tongue is Gujarati, said he wondered what would have happened to him if he did not know Hindi.

"My mother tongue is not Hindi. It is Gujarati. Yet, I wonder if I did not know Hindi what would have happened," Modi said.

Appreciating the Hindi film industry for the role it has played in spreading the language, Modi said, "Film industry has a major role in making Hindi popular across the world. In Central Asia people sing Hindi songs."