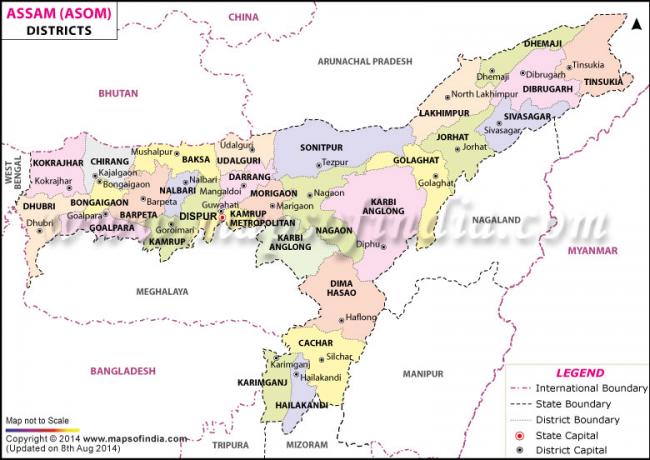 India Blooms News Service | | 28 Aug 2015, 09:36 pm
#Assam, # NSCN(Khaplang) militants, # SF, # Myanmar border
Guwahati, Aug 28 (IBNS): At least seven militants of NSCN(Khaplang) including a woman cadre were killed and three others injured in a gun fight with security forces in Nagaland on Friday, officials said.
Defence spokesman based Guwahati said that, the incident took place at the bordering area of Indo-Myanmar along the Pangsha town.
“A patrol of Security Forces was carrying out routine domination of the border area along the Pangsha town when they saw one motorcycle, one Gypsy and one Bolero vehicle approaching along the road. Just as the Security Force patrol asked the motorcycle to halt for checking, there was intense firing from the Gypsy and Bolero vehicles which were following behind. The Security Forces retaliated with equal fire power and in the ensuing fire fight seven cadres of NSCN(K) were neutralised, and three Over Ground Workers (OGWs) were injured,” the defence spokesman said.
“The Security Forces displayed a very higher order of restraint and fire discipline to ensure that the OGWs did not suffer fatal injuries during the fire fight,” the defence official said.
A large quantity of arms and ammunition has been recovered from the neutralised cadres.
A security personnel was also injured in the firing from NSCN(K) cadres.
“The cadres who have been neutralised were from the NSCN(K) camp located at Ponyu village inside Myanmar and belong to the group headed by SS Lt Gen Niki Sumi. There have been regular inputs of movement of NSCN(K) cadres from camps located inside Myanmar to the border villages of India for collection of extortion money (sent from Dimapur, Kohima etc), illegal taxation from villagers, purchase of ration and other daily necessities,” the defence official said.
The trans border movement of the NSCN(K) cadres was being carried out under the garb of Free Movement Regime existing between the two countries.
However, since the rules of Free Movement Regime are not being implemented effectively by the border administrations, the loopholes are being exploited by the anti social elements including cadres of NSCN(K), ULFA(I), NDFB(S) etc for unhindered movement across the Indo-Myanmar border.
(Reporting by Hemanta Kumar Nath)
Related Images