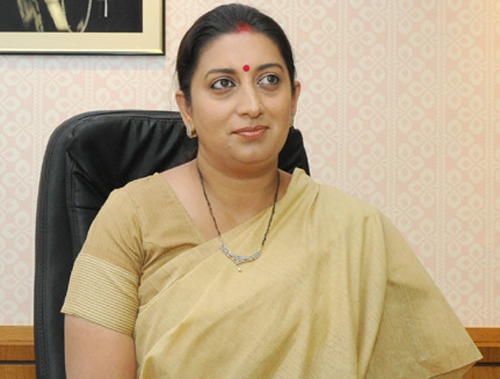 The words "minister" and "sansadhan (resources)" were spelt incorrectly in the letter that was sent by the CBSE in the name of Irani to schoolteachers across the country, hailing them on the performance of their students.

The mistakes were pointed out and derided by a teacher from Chhattisgarh on Facebook.

In response to the post, which had gained immense popularity, Smriti Irani asked CBSE for an explanation.

"Inconvenience caused due to the errors is deeply regretted," Joseph Emmanuel, the Secretary of the Central Board of Secondary Education (CBSE), wrote in a letter to the minister.
Related Images